Ios belongs to the island complex of Cyclades and is one of the most popular holiday destinations. It is a mountainous island that expertly combines a barren, rocky landscape with the endlessly rich blue of the Aegean sea. The astonishing beaches of Ios and the vibrancy of the town centre have made it a favourite among groups of friends and couples, as well as for families.

Ios’ port, despite its notorious past as a pirate haven, is nowadays one of the safest natural harbors in Greece. Sauntering around the picturesque, cobblestone streets of the island, you will soon discover the intense sense of tradition that permeates throughout this once ancient settlement of the Phoenicians, and understand how this is expertly combined with the modern day, cosmopolitan life.

The famous chapel of Ag. Eirini, which is accessible by car up to a point, and then continued by foot, welcomes each and every visitor who approaches the port, making it the island’s main landmark. At the top of the village, the church of Panagia Gkremiotissas stands proudly, providing an amazing vantage point for panoramic views of the neighbouring islands (such as Sikinos, Naxos, Milos, Paros and even Crete on a clear day) and generous scenics of the shimmering lights of the quiet port of Ios, under a sky full of stars.

The story of the church dates back to 1797, to when it was constructed and carries with it many historic and folklore elements and local legends. According to tradition, during the rule of the Ottoman Empire, the Cretans, wanting to salvage the miraculous icon of the Virgin Mary (Panagia), placed it in a raft and trusted the Aegean sea’s waves. The raft travelled north, towards the quieter islands of the Aegean, and ended up at the rocks of Ios’ Mylopotas bay. The locals upon laying eyes on the icon, transferred it to the temple of Ag. Nicholas in the chora town of Ios. But the next morning, the icon was found at the top of a castle at Ag. Eleftherios.

This happened three times, and so the locals decided to move the icon permanently to the location of of Ag. Eleftherios. The miraculous icon deserved a temple of its own, so it was decided to build one next to that of Ag. Aikaterini. But as they began to build its foundations, each morning they were missing from there and instead were found at the site of Ag. Eleftherios, again. The locals began to realise that in order for the icon to ‘settle in’, it had to be at a place with a view towards Crete. And so it was, they built the Gkremiotissa church in the honour of the icon of the Virgin Mary, at the highest point of the chora’s hillside, where it stands until today.

The Levantes Ios Boutique Hotel is situated only three kilometers away from the port of Ios. Its ideal location on the rocky slope of Mylopotas bay, just a heartbeat away (300 meters) from the famous same named beach of Mylopotas. In this prized location, you can surrender to moments of absolute calmness and enjoyment. Whether you simply want to relax on the beach’s sunbeds or you want to get more active and explore the world of watersports, the wonderful Mylopotas allows for both. Additionally, the walking distance to the supermarket, bars and restaurants is also a feature you will find very convenient.

From our hotel, you can easily explore some of the most stunning beaches of the island. The obvious choice is the idyllic and famous Manganari beach, plus the pristine and gorgeous beaches of Pikri Nero and Trypiti located southwest and north of Ios, access to which is by chartered sea taxis and boats as part of an arranged excursion. Kalamos features beautiful golden sand and many consider it the island’s most beautiful beach, while you can also visit that of Ag. Theodoti, if you wish to enjoy a swim in peace and quiet; these and many more beaches of all shapes and sizes await for you to discover their beautiful features and pleasant peculiarities. 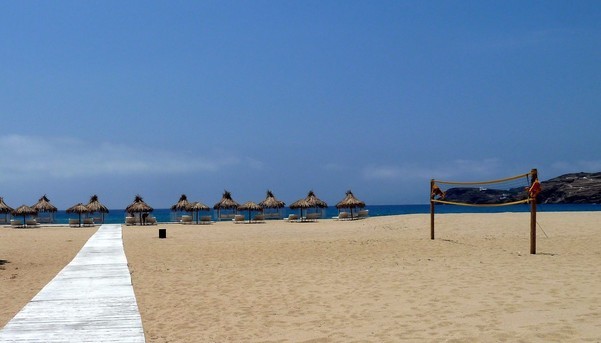 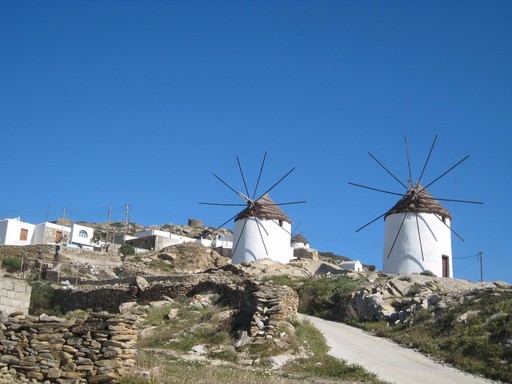 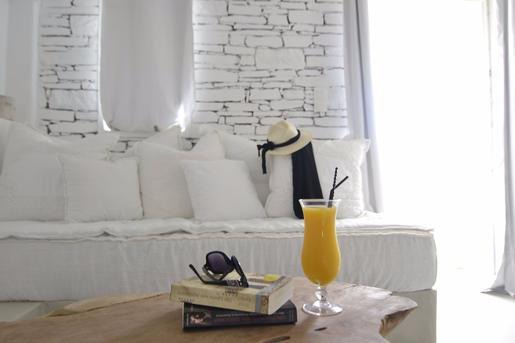 Offers
Browse through our offers to find out our current deals and book your holiday now, with some added v...
read more 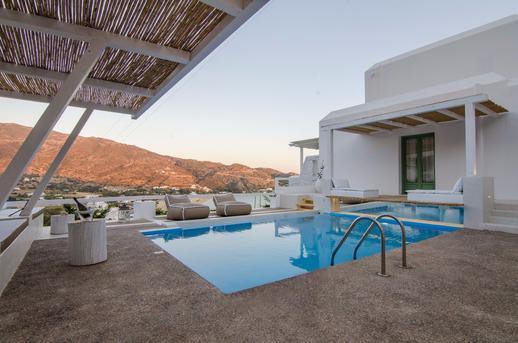